How to Mount a TV With Metal Studs 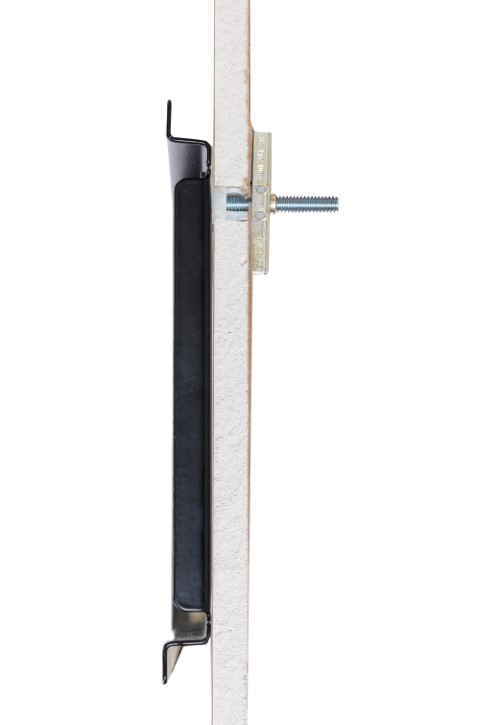 Using a self-drilled toggle anchor to mount a television with metal studs can be easy once you have the proper tools. First, you must locate the studs on the wall. Most of these are about 16 inches apart and require a hole that measures about 1/2'' in diameter. Then, you should drill a hole for the TV fasteners through the wall.

Next, you need to determine the stud's material. If the wall is made of steel, you will need to drill a pilot hole that is about 1/2-inch deep. Then, install the TV mounting anchor by drilling a 1/2" pilot hole and lining up the metal stud with the hole. A template is helpful here to ensure that the hole is exactly where it needs to be. Finally, thread the anchor thread through the frame of the TV and the drywall. Finally, tighten the anchor clockwise to secure the TV mount and repeat the process on the other studs.

If you choose to use a self-drilling toggle bolt, you will need to make sure that the holes are not too small, as this will reduce the load-bearing capacity of the vertical stud. Since metal studs are thin, you will need fine threaded screws to attach the TV to the wall, so be careful not to overdrive them.

When mounting a TV on a single stud, make sure you measure the distance between the back panel and the wall. If the TV is on a metal stud, the mounting distance is even smaller, which can cause the TV mount to fall off the wall. Also, the rear wall should be at least 18mm thick and plasterboard should be at least 30.5mm thick. To ensure a secure fit, make sure the wood board is 4 inches wider than the TV mount. Once it is secured in place, you can use smaller lag screws to secure the TV mount in place.

To make sure your television mount will hold up, check the weight capacity of the TV. A UL-approved one will be able to support four times the weight of your television. Most TV mounts come with an advertised weight capacity of 130 to 175 pounds, which is already excessive for today's models. However, you can find more information about TV mounting strength by reading reviews. You can also use painter's tape to help you measure the exact height of your TV.

If you have a 70-inch screen, you can choose a single stud TV mount. This option offers stability and a 99-pound weight capacity, which makes it one of the most versatile mounts for overhead installations. Its 18-degree downward tilt and two-degree upward tilt is also a plus for people with smaller or larger TV screens. However, make sure the stud location is accurate when installing your mount.

There are several tips to follow when you're looking for metal studs to mount a television. For starters, knowing which type of wall stud to use can make the entire process much easier. If you're working with metal studs, you'll need to find them in the walls first, as they're usually hollow and have very thin walls. Using screws or threads to mount heavy items on metal studs is not recommended.

You will need a stud finder or a carpenter square to level your wall before installing your TV mounting bracket. If you're installing a smaller TV, you can use a tape measure. Make sure to pre-drill holes before you start the big hole. You'll also need to make sure the bolts are tightened against the metal studs and are level with the bracket. Using a snap toggle is helpful for added support.

To test a TV mount for metal studs, you must locate the center of the stud. You can also use a stud finder to mark the center and edges of the stud. Before drilling into the stud, use the smallest drill bit and confirm that it is centered. If it is not, then you need a drill press to install the TV mount. After you have the measurements, make sure to follow the mounting template and make a hole in the wall for the TV.

To mount a TV on a wall, you must first check for metal studs. They are similar to wooden studs but are metal instead of wooden. A stud finder can make the job much easier. In case you do not have a stud finder, you can use other methods such as a knock test and a pin test. Once you find the studs, mark them so that you can drill a 1/2 inch hole into them.

When you're looking for a TV mount that works with metal studs in your home, you should consider the Kanto LX600SW Full Motion Wall Mount. This versatile mount features dual articulating arms that extend 17 inches and retract to just 2.2 inches from the wall when fully retracted. The included hardware is also designed for safe, sleek performance, and it comes with all the necessary fasteners for secure mounting.

The Kanto LX600SW TV mount comes with a dust catcher, which you can use to catch any drywall dust during the installation. Once you're finished drilling holes, you can discard the wall template. The bracket comes with four toggler bolts that extend through the hole and snap against the back of the metal studs. If you're using drywall, you'll need to make sure that the metal studs are at least 16 inches apart.

To install the Kanto LX600SW into a metal stud, first determine the type of studs in the wall. Usually, these are hollow and narrow. A snap toggle is a better choice for metal stud installations than a drill toggle bolt. The snap toggle provides a firm anchor for the flat screen TV. The metal studs are usually 1.25" wide. Make sure to drill in the center of the metal studs so that your TV mount will stay secure.

Using a Condomounts LX601SW to mount a TV with metal stsuds can be an excellent choice if you have an existing drywall stud or wall with metal studs. While it can be difficult to install an entire TV mount, this metal stud mounting kit will ensure a safe and secure installation. The mount's low profile, 132 lbs weight capacity, and easy installation make it ideal for a variety of mounting projects.

Before mounting the television, determine where you want to install it. If you're mounting it on a wall, you'll need to determine the exact location and height of the studs. Most TV fasteners require a 1/2-inch hole in the wall, so you will need a metal drill bit with a 1/2-inch diameter.

Then, line up the TV mount with the metal studs. Make sure the bolts' head is aligned with the studs. If you're not sure of where the studs are, you can use a stud finder to locate them. Once you've aligned the TV mount and studs, you can tighten the bolts. Using a Condomounts LX600SW to mount a TV with metal studs can be a great choice if you're looking for an affordable yet sturdy mount for your television.