How to Mount a TV on a Stone Fireplace 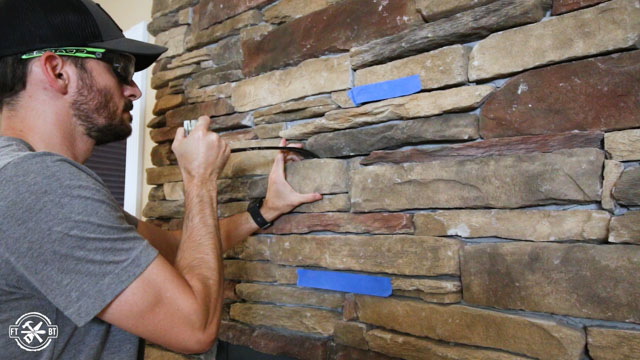 If you are considering mounting a TV in front of your stone fireplace, here are some tips. Make sure you have a room large enough to fit the television in its highest position without being out of the natural line of vision. The best way to mount a TV is to use a down and out pull down TV mount. You can hide the cable behind the fireplace mantle or use the fireplace ledge as a barrier.

If you have a small living room and are planning to mount a big-screen TV on the wall, consider where you'll be watching the screen. While it's common to mount TVs on the wall, you might not want to mount them so high that they block your line of sight. In addition to preventing reflections, you'll also avoid having a room that feels cramped.

When mounting your television, remember that the placement is vital. It can affect the quality of your viewing experience, and you might find yourself groaning in frustration from a high TV. To improve the picture quality, consider a slight shuffle in seating. If possible, use swivel chairs to turn the focal point around.

While mounting a television up high but not too far outside your natural field of vision, consider how much space you have available in the room. A high television might require a larger room, while a low TV is more suitable for bedrooms. However, if you're uncomfortable looking up at a high television, you can mount it low instead.

Using a down and out pull down TV mount

The first step in mounting a TV on a stone fireplace is to mount the TV. It's important to note that fireplaces produce a lot of heat, which can damage your electronics. You also should avoid mounting a TV on a fireplace with fixed glass or an air-tight door. A down and out pull down TV mount may be a better option for these fireplaces.

While mounting a television on a stone fireplace requires some extra work, the benefits of a fireplace TV mount are considerable. A fireplace mount is typically spring-assisted, making the lifting and adjustment process easy. It also offers a large travel distance, which reduces neck and eye strain while watching television. Using a down and out pull down TV mount on a stone fireplace will allow you to adjust the viewing angle of your television.

The mounting plate has holes for anchors or screws. VESA-compatible screws or anchors are inserted through the holes in the mounting plate and into the wall anchors. Once the TV is mounted, you can adjust the divider to fit the size of the opening in the divider. If you're not confident, get a friend to help you.

The mounting bracket has adjustable height and tilt ranges. The TV mount will accommodate screens from 40 to 70 inches. It is also compatible with 16-inch wood studs. The tension spring technology provides smooth, nearly effortless adjustment. The mount has a user-friendly, picture-guided installation manual, and customer support in the U.S. Most of these TV mounts also feature a gas spring for easy movement.

Using an on-wall cable run hidden on a fireplace ledge

One of the most effective ways to hide cable runs is to mount them on a fireplace ledge. Using an on-wall cable run can help conceal wires and keep the fireplace looking aesthetically pleasing. However, if the fireplace is not mounted on the wall, you can cut holes in the sheetrock and run cables through it instead. This solution is best for wood-burning fireplaces.

The walls above a fireplace are usually constructed of drywall over furring strips or standard wood studs. The former is a better option for cable management, because the wood studs are larger and wider. The latter, however, are only an inch wide. Most cable management solutions are not suitable for these narrow studs. This is the most common option for hiding cables on fireplace ledges.

Hiding TV cables over a fireplace ledge requires careful planning and specific measurements. Using a fireplace ledge as a TV outlet can also make the TV appear neat and modern. If you want to hide cable runs while keeping the fireplace looking attractive, choose designs that fit in with the interior of your apartment. If you're really creative, you can hide cable runs using various techniques. However, it's essential to use a professional if you're not sure which ones are right for your fireplace ledge.

Using a fireplace mantle as a barrier

If you'd like to mount a television on a stone fireplace, you can use a mantle. These projects out from the wall on both sides of the fireplace. They can look like a beautiful arch and will add a stylish centerpiece to your living room. Here are some advantages to using a fireplace mantle as a barrier for a TV.

Using a fireplace mantle as barrier to mount a TV on stone fireplace will prevent the TV from overheating. Since fireplace mantels are built to dissipate heat, a thick shelf can protect the television screen from getting too hot. Before mounting the TV, be sure to check the temperature with a thermometer to avoid damage to your mantle.

While mounting a television over a stone fireplace is not an easy task, it is a great way to bring two focal points into one room. It also allows you to focus on one area, while the television is not surrounded by furniture. The biggest challenge of mounting a television over a fireplace is finding the studs and drilling through the heat shield. Ideally, the mount should be centered so that you have enough space for aesthetics and the television's heat protection.